The first band to be driven in at sunrise went in, came back out and went in.

Three younger (yearlings?) were roped and brought back by trailer.

The next two bands did not go near the trap and were let go. 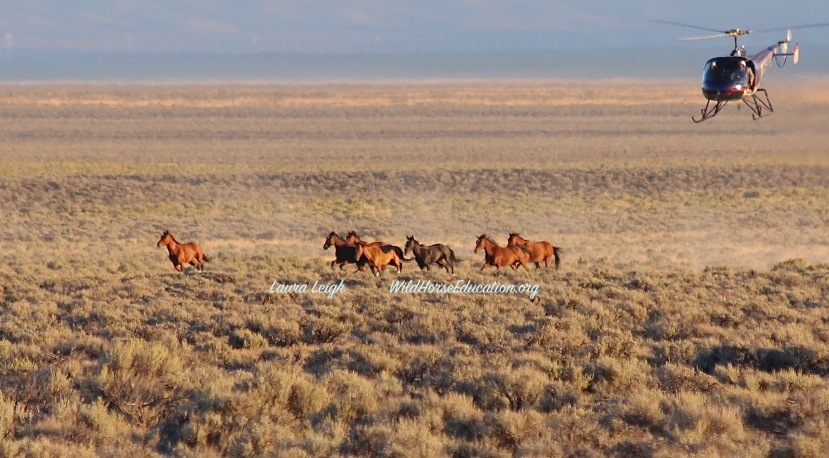 The last run of the day appeared to be at least two distinct bands with two small foals. The smallest foal fell back as it looked like the run was going into the trap and then they would send runners out to rope.

But the chase went on and the bands fractured and then fractured again. One mare an foal were pursued but evaded the trap mouth. Two other horses were then pursued by one actually stopped moving, tired.

The run was called off and all horses were left out.

The first foal that had fallen back had gone out of site and the band was allowed to regroup and return to find the foal. We wish BLM would have called this off after the fall had first dropped off. We made multiple requests that the mare would be able to find her foal better than any human could. The finally stopped the run.

Gust reached 33 mph. Operation called off for the day. 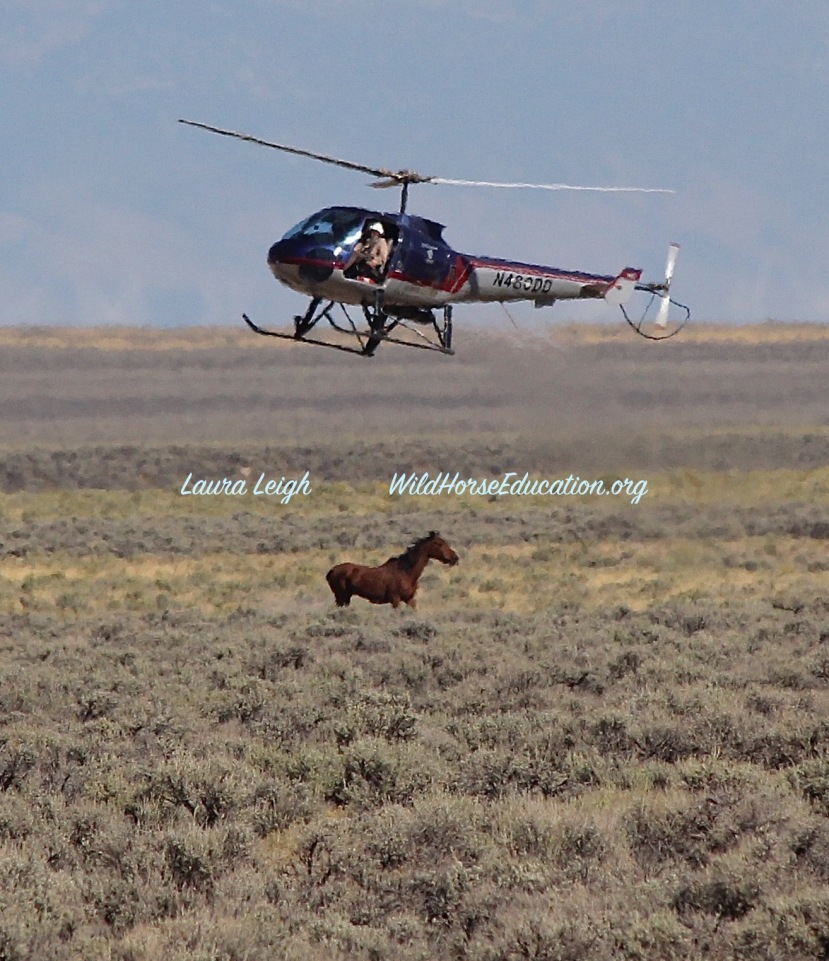 Aprox 10 captured (including the colts).

We apologize for the short recap and will post a week one video compilation soon. We found a cat abandoned several months ago in a local motel parking lot and spent the rest of today arranging transport and a safe landing for him.

Help us fight back.