Newborns at Triple B in Danger

We warned BLM on 2/14, but they said this particular birth was in the southern part of the complex and they were moving north. How many have been left on the range?

Yesterday, Feb. 19th, they flew in the snow and captured 107 wild horses, no newborns. We have been documenting newborns on range and asking BLM to suspend operations for three days now. Our first warning was six days ago.

On Feb 4 a colt about 6-9 months escaped the trap, was not seen by the crew at the trap, and was not captured that day. The helicopter flying right over the fleeing youngster and off to catch a new band. 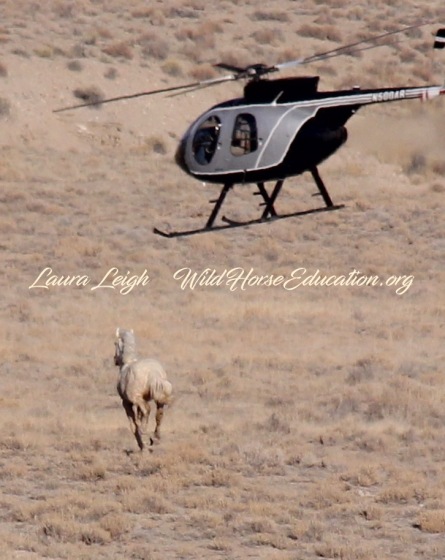 2/4, not captured that day. Left on range without her family.

Today at Triple B BLM captured 3 mares and newborns. In the snow on 2/19 were there foals unseen?

BLM pushed today (2/20) and captured 121 more wild horses. 1308 is the total captured. On Feb 14th BLM raised the number removed from 1000-1300, we said we though they were pushing for 100 more and they did the next day. This number was raised because of a legal action (no court ruling) by a fringe faction against fertility control and a word-for-word statement by proslaughter factions. (you can read more HERE).

Today on the range (others were at trap and we felt looking for newborns was a good use of our time). We found another new baby in Triple B. (note from Leigh: I saw a mare trying to hide something up a hillside so I hiked up about a mile. I was still far away and she began moving her newborn into the trees. Apologies for distance.)

BLM knew babies were being born. They continued operations anyway.

BLM (ELY and ELKO offices) INTENDS TO FLY TOMORROW, Feb 21, to continue to run wild horses that are heavily pregnant and newborn foals. There were many issues with this roundup, but running new born babies? That’s simply not “ok,” nor an “accident.” Perhaps pregnancy will be another “pre-existing condition” in an operation with 27 wild horses now dead?

Feb 18th others were at trap and we knew babies were being born after scouting pre-operation and noting how pregnant many mares were. We have been telling BLM daily since Feb 18th ,and warned them before this began, that babies would drop during operation. On Feb 14th we informed them we saw a new baby and were dismissed. We were told they probably would not fly at all on the 19th, instead they pushed. Temps did not get over 23 degrees that day. Today was clearer and just as cold. They ran THREE newborns today,

This needs to stop, now. This should NEVER be repeated, ever.

“We care about the horses.” says BLM public relations.

Is that the same as “thriving natural ecological balance” as mountain lions are killed and wild horses removed right before livestock turnout?

WHE has called for an investigation into Triple B. READ HERE

To see reports from Triple B scroll through our main page WildHorseEducation.org 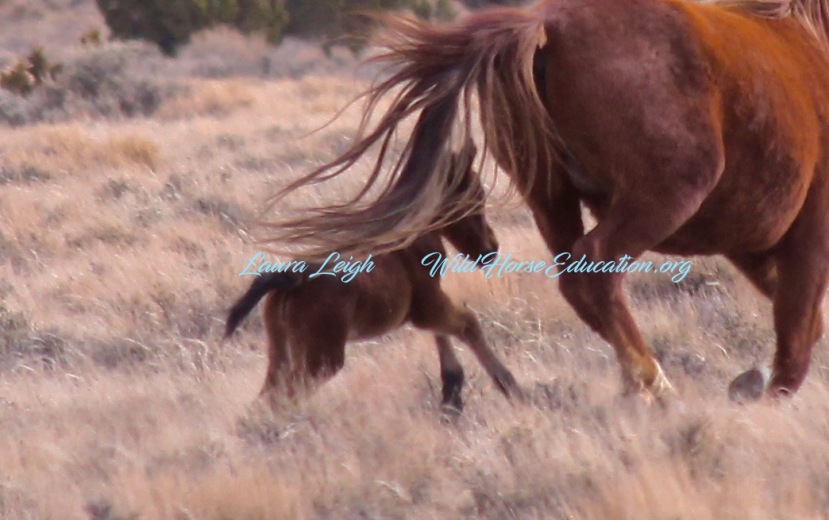