Wild horse drinking at water source inside the allotment. This wild horse was actually in extremely poor condition pre release and his condition has markedly improved since his return.

ACTION ITEM BENEATH ARTICLE AND PHOTOGRAPHS

(Eureka, NV) Horse slaughter proponent Dave Duquette of Protect the Harvest, and legally-cited trespass rancher Kevin Borba of Eureka, have been illegally hauling water and drawing wild horses off a Bureau of Land Management (BLM) Herd Management Area (HMA). By continuing to lure wild horses into an area devoid of feed and water this illegal activity is endangering the welfare of wild horses. Water is, and was, available inside the wild horses legal HMA before this illegal activity began. Wild horses within the HMA are not in declining condition, photographed the day of the accusations. (we are repeating simply the definitions BLM gave to this event at the time it transpired)

Earlier this year Borba was involved in litigation to remove wild horses from the area, and even destroy them (through sale without limitation, or to slaughter). That case failed to stop a release of wild horses into the area and the court removed Borba from the docket stating he had no standing, or right to file. The area of the illegal activity is not on private property or within the ranchers’ allotment. It is illegal to haul water onto public land without a permit. It is illegal to harass and endanger the welfare of a wild horse. It is illegal, with a penalty of $2,000, and/or a year in prison, to remove a wild horse from public land.

A well-known stallion in the area is a palomino named “Sarge.” Sarge was removed illegally and taken to the rancher’s home in a taunting video, accusing advocates and BLM of causing the wounds to the stallion that were likely caused by increasing tensions in the area the wild horses were lured into. During the weeks leading to this “incident” Sarge was photographed inside the HMA by both individuals and game cameras, and his condition has since declined.

Laura Leigh of Wild Horse Education has documented the wild horses in the area both before and after the illegal activity began. Leigh worked with the BLM Battle Mountain district to formulate a plan to limit population growth in the Fish Creek HMA to facilitate a sustainable management plan for the horses. To date the court has held up the plan denying the motion to stop the release. In response, Borba and Protect The Harvest launched a defamation campaign on social media, claiming Leigh and the BLM are putting the horses at risk, while the ranchers are ‘saving’ them. Ironically, Borba’s videos and photos show nothing more than his illegal activity, which should be considered ‘harassment’ of wild horses, amongst other citations.

“Yes, I watched the videos. Anyone with half a brain would check the so called ‘facts’ being spewed from a man that lied to the federal government and ran livestock in violation of the law for eight months,” said Leigh “Court documents clearly state that the assertions about ‘rancher water rights’ are false and that no permit existed. I also understand that Borba wants to sell his ranch and can not find a buyer. To me this looks like desperation after any legal options fail. Maybe current BLM policy is encouraging lawless actions like these?”

Katie Fite of WildLands Defense has been involved in another area of contention with public land ranchers, Argenta. As part of a settlement agreement with ranchers the BLM is excluding public participation during monitoring.

“It is as if we are all being told that the BLM holds a different standard of accountability to the public then they do for ranchers,” said Fite, “It will only get worse if BLM fails to uphold the law.”

“BLM must immediately hold these individuals accountable for unlawful action,” said Leigh, “If I did it? I would be in a jail cell by now.”

BLM has said they have launched an investigation. 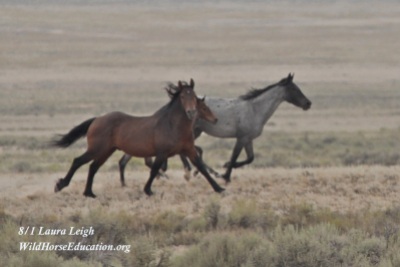 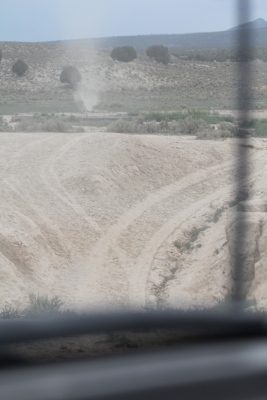 Fresh tire tracks near water sources wild horses depend on. 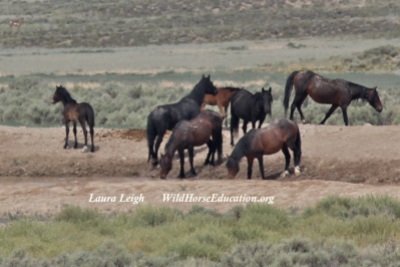 Join us in demanding that the code of federal regulations be followed. Accountability to the multiple violations of federal law MUST take place immediately.

In 2012 BLM began an investigation into 1700 wild horses being sold to kill buyer Tom Davis. An “investigation” is unnecessary when the perpetrator video tapes himself committing willful acts in violation of law.