The Game of AML, part two

“Wild horses are the only animal that lives in our country defined under law by where it stands, not what it is.” You really have to keep that in mind, always, as a wild horse advocate. Remember that a “wild horse” under law is governed primarily by federal jurisdiction under the Bureau of Land Management (BLM), that manages more “free roaming” horses than all other jurisdictions combined. (you can learn more about jurisdiction in this piece on “slaughter” in the US, written in 2013: https://wildhorseeducation.org/reality-of-wild-horse-slaughter/)

This is second article on the “Game of AML.” There will be a third installment if we can find the time. If you have not read the first one please do, you need to understand the beginning of the game. https://wildhorseeducation.org/2017/08/28/the-game-of-aml-part-one/

Participants in our webinars have heard me say, “You need to understand all of this historically, legally and psychologically and then you can determine what is actually appropriate.”

“Healthy herds on healthy rangeland,” is a public relations soundbite. Within that soundbite there are multiple fallacies, you can not address one without understanding them all. The perpetuation of what we call “the wild horse bubble” has enabled the perpetuation of fiction.

Anyone that reads WHE with regularity knows I often reference the dictionary. Look up “enabler.” The “addict and the enabler,” classic codependent behavior. Public land management contains those addicted to the substance and those  enabling the conduct in classic abusive behaviors; land, horses and people. In legal terms the enabler is often referenced (charged) as an accomplice to a crime.

The “Game of AML” is part of the enabling process to continue the addiction to an exploitative process. There is absolutely nothing special here; it is the most simplistic of psychological processes. However the psychological breakdown to become an enabler in the codependent relationship is warped and wrapped in layers of the “lies of the home.” In order for a compassionate human being to enable often horrific behavior they need some kind of “heroic bubblewrap” to justify their actions; keeping a job that supports family, protecting “friends,” integration into community (kinda like gang colors). Keep that in mind and all of this stuff is easy to understand.

The very first removal of wild horses under federal jurisdiction occurred at Stone Cabin, with it came the first litigation. “We need to remove horses because they are starving,” went the “heroic enabler.” In truth a rangeland battered by overgrazing for nearly a century maintained it’s exploitative objective of domestic livestock and “snap” the culprit, wild horses.

The court order allowed the removal, the degradation was real (nobody with half a brain says our western ranges are “healthy”). “This Court is not saying that the BLM is free to round up wild horses whenever a particular range has an overgrazing problem. Nor is the Court saying that every time the removal of wild horses will have a limited, slightly positive effect on the environment of the range, the BLM can proceed to remove a certain number of those horses.” Judge Foley recognized that there really was no “scientific” basis, nor analysis, that pointed to horses as the source of degradation. He ordered an analysis for any further roundups to take place in the area.

The first roundup was also ripe with the push against wild horse management being overseen by the federal government. States and counties pushed against federal jurisdiction, that they resented in any form; horses, grazing land. They wanted to be able to send those horses to slaughter and railed against, and threatened, the program to find foster homes for the animals that was being spearheaded by Velma Johnston (this later became the adopt a horse program). Sound familiar?

If you read the first article you are aware that the National Academy of Sciences (NAS) has been saying for decades that the BLM is not scientifically rigorous in methodology, in any way shape or form. So why, after decades, are we still perpetuating the myths? Because that is the job of the enabler, to hold up the walls claiming it’s a “healthy relationship.” No matter how the facts are presented the walls must stay up at all costs; those that try to intervene, calmly or through intense intervention speech, are painted as “crazy or uneducated.” An example is that for decades “the well meaning but uneducated advocate” said the entire program is not based on science, backed up by the most accredited scientific body in the world, is still simply “well meaning.”

The basis for this “house of abuse” exists in the second part of the phrase “healthy herds on healthy rangelands.” You can not have the first part until you actually make an effort to have the second part. Please reread the court ruling in 1975.

Our western rangelands are not managed to protect the resource by a staff of professional biologists focused on the task at hand overseen by federal land managers that adhere to the letter of the law, that’s a myth. Our rangelands are managed by staffs caught in the enable factor. A house set to perpetuate exploitation, without the appropriate tools (underfunded, understaffed), under extreme pressure often to actually violate the law, given an impossible task of propping up the abuser… and that statement does not simply cover the wild horse program; remember wild horses don’t live in a “bubble.”

Decades of using wild horses as a placation tool to appease the abusers (keep thinking psychologically please) has led us here. However remember what the abusers resent, federal jurisdiction as a whole. The placation tool is a key to understanding the objective, remove federal authority, what Velma Johnston (Wild Horse Annie) fought her battles to achieve. The enabler has been helping the abuser achieve objectives… and one of those is decreasing the authority of the enabler, across the board. It gets a bit “sick,” but all abusive situations are “sick.”

The framework has been intentionally manipulated to suit the abuse; land use planning is an exercise in control. The entire frame was made to keep the “bubblewrap” from bursting.

What is happening with wild horses, the “abuse front of public land,” is simply part of the game of control that exists in every common abusive situation. The enabler thinks they are the one on control as it slips into the hands of the perpetrator. Layers of “bubblewrap” give the enabler that justified position to maintain both the “walking on eggshells” peace in the house and a publicly justified voice in the actions they perpetuate.

“Kill tens of thousands of wild horses to perpetuate the broken system.”

“Exclude and ignore those that point out the abuse, we need to keep the bubblewrap intact because we can not admit we have any accountability or we would need to confront the abuser…. and admit we have a problem.”

“Give away control over herds one at a time to appease the abuser. Then I can stay in this relationship and pretend it has integrity.”

Once that happens the lock to opening federal control over public resource has a golden key. Hunters, recreationalists, conservationists… you really are missing the boat here. You have been played in the game of placation.

That is what is happening, now.

Part three if time allows. It is really a crazy train on public lands right now. 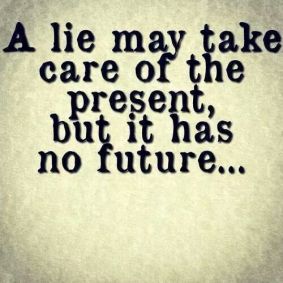 Decades of lies to enable abusive practice have led to decades of abuse to our public land and wild horses.